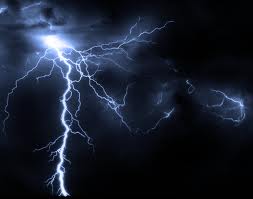 The Last Bully by Beck Sherman


Lightning flashed. For one brief second, everything was illuminated. And my life was never the same.

Because I’d seen them.

We stood facing each other, a strange dance of stillness. They hated me, for in that one brief bright second, they saw the repulsion in my eyes, and they only ever wanted to fit in. The geeks, the nerds, the outcasts, the bullied - some of them were very different after all, not even of this world - and here they were before me, human skins shed, ready to move on.

The storm flashed again, lighting up the sixties facade of Garrick High. Inside, hallways down which bullies once roamed were now where they slid and stuck and stank as blood and viscera. In the end, could one kind word have saved them?

The Geeks moved forward. Toward me. As one. I blinked and they were only inches away. Their breath was a gale on my face. It smelled sweet. Sticks and stones made cracking noises as they dislodged from the frozen ground around us and flew up into the night sky. No time was wasted before they were directed at me. The pain was excruciating. Unlike anything I had ever experienced. My life had once been lucky. Lots of friends. Nice car. Football-star boyfriend. Ten thousand followers on Twitter. The opportunity to partake in the taunt of a geek to make myself feel better on gloomy days. Bullying was like a drug, and we all wanted more.

Now everything that mattered was gone, and I was being broken limb by limb - like a marionette being retired. A stone hit my head, knocking me to the ground. Others dented me, bruised me, cut me. My spilled blood made designs on the surface of the snow. A squirrel. A dog. A bear. It was over, and it was all my fault.

“Sorry,” I managed, through broken teeth and ripped mouth.

The whoosh of air from that last stick is the song in my sleep.

Today, I’m alive, but dead. People cross the street when they see me coming. I tell myself they want to give me space, that they’re being kind, but I know that’s not it. My new skin is my over-sized hoodie. The sweatshirt shows none of me, hides all of me. That’s just the way it is now.

I am the last bully.

This was written for a flash fiction challenge as part of Blogger Book Fair 2013 and first appeared on Thomas Winship's blog here:

All pieces had to begin with the first sentence: Lightning flashed. For one brief second, everything was illuminated. And my life was never the same.

I wasn't able to get that sentence out of my head and when I put fingers to keys this dark story spilled out.
Posted by Beck Sherman at 2:52 PM