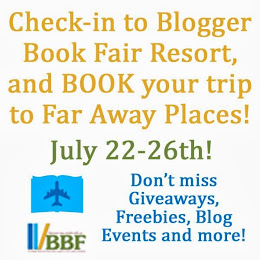 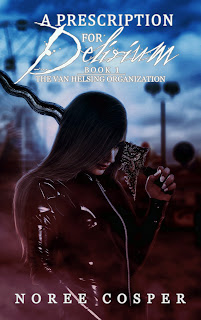 Okay, you guys ready? Let's kick off the first day of the 2013 BBF with the author of A Prescription For Delirium, Noree Cosper!

1. Who is your favorite horror or science fiction movie heroine?

I would have to say I’m a big fan of Ripley from Aliens. That’s Sci/Fi and Horror at the same time. But honestly, Ripley is one of strongest heroines in horror movies that I know of.

2. What is your favorite line in a horror or science fiction movie?

Ripley: “Get away from her, you bitch!”

3. Let’s talk gore. How much do you use, buckets full or thimbles full, and why?

I’m more a moderate gore fan. I think there should be some gore, but I find that movies that go overboard tend to be lacking in other areas. I like scary movies that make me think.

4. If you were thrown into a horror movie and you had to fully experience the entire movie as one of the good guys (and possibly a victim), which movie would you choose, and why?

Scream because it’s just people, as psychotic as they are, they can be killed by guns or other weapons.

5. What’s your most hated formulaic move of horror movie victims?

When the women run up the stairs.

6.  If you could (had to) make out with any horror movie monster (serial killers included), which would it be and why?

I would have to say Dracula. He just has that sexy aura.

7. Do you think horror in literature has the same impact as horror in film?

I think horror in literature is more cerebral whereas a lot of horror movies are more cheap scare/gore tactics.

8. Tell us about the most violent movie you’ve ever seen. How old were you, and did you enjoy it?

I don’t remember the most violent. The movie that always sticks in my mind is Nightmare on Elm Street 4. I remember watching it from the hallway when I was eight because I wasn’t supposed to be. It was the scene where Debbie’s arms break off and she grows bug arms. It was pretty gross. Of course, the Halloween movies are pretty violent. Michael Myers has a high body count.

9. If you found yourself in a horror movie and got to choose your weapon not knowing who or what you were up against, what weapon would you choose?

A machete. Most creatures die by losing their head.

10. As a horror writer, do you find that you’re wary of strangers?

A little, yeah. Maybe it’s just I don’t like people. But I’m paranoid enough I never update my location to Facebook or to any social network. I don’t want crazy people coming to try and kill me in my sleep.